William is a 23 year old researcher and the current administrator of the Donnerwald region.

At a young age he was already fascinated by Bonjavelin and his abilities, which made him want to learn more about Woy.

During the last three years when he wasn’t busy documenting the progress of his Woy research, he spent his time creating the Dream Machine.

He appears as quite the cool headed gentleman to outsiders, but he has the tendency to value new discoveries over morals.

A strong smack, capable of stunning enemies and dealing up to 2 damage. 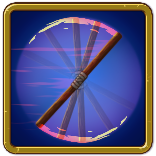 Throws the stick, which allows William to hit flying enemies and distract dogs as they might go chase after the stick.

You need to pick up a new stick after using this skill. 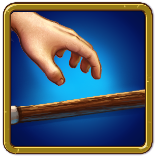 Grabs a new stick, allowing William to smack enemies or throw it again.