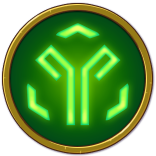 Discovered by the Gri, Woy is the magical manifestation of the carrier’s creativity. It’s taught in a student – master relationship.

Woy is channeled through a personal artifact which the person receives during the pact with another Woy User. Woy is frowned upon in the Dorian Empire and in Teutonia and as a result the usage of Woy has been banned and anyone who can use it will be executed. Donnerwald has been designated as an autonomous vassal country where the head of state (in that case the administrators) have to perfom experiments, document their findings and regularly inform both Teutonia and the bordering Doria Empire about their discoveries.

Alp, named after the word Alptraum (German for nightmare) is a special kind of magic which flows through the Dream World. It’s the cause for the weird and surreal interactions in Dreams, which otherwise would follow the normal rules of physics and be no different from real life.

Each Dream Familiar can use Alp and it’s a special kind of give and take. Familiars are born whenever a person dreams, their traits, powers and drawbacks are unconsciously set by the dreamer.