A 19 year old warrior from Zamuria and the daughter of a famous general, thus she was sent to a war academy at the age of 5. People called her a little genius at first as she quickly mastered the basics in combat.

At the age of 12 she managed to sneak at night into the well guarded guestroom which the young zamurian crown prince was using. She wanted to catch his attention and have a talk. Despite not being able to exchange many words as the prince immediately called for his guards, the fun she had while planning and executing her intrusion revealed something for Jasmine, a new kind of joy in life called adventures.

Her interest in becoming a warrior started to fade away which made her pay less attention to the academy lessons.

One day at the age of 16 she decided to run away from the academy in order to travel around the world, experience adventures and become a heroine.

With a brave heart but only knowing the life of the war academy, her endless journey is filled with many awkward moments.

Her only companion is the katana made out of alpen steel called “Nachtfieber”, a present she received from her mother at her 10th birthday.

Jasmine offers a variety of offensive skills to support Johanna in battle. 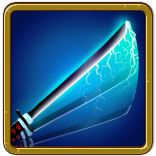 The sword is made out of one of the most valueable ressources, the alpen steel. It’s nearly unbreakable and hits hard. 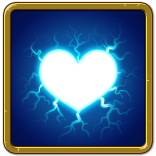 Even thought she quit the academy prematurely, she spent enough time to be influenced by the Zamurian Doctrine, which allows her to gather courage when she’s facing a stronger opponent.

Using this skill gives her the Brave Heart buff for three rounds, the effect may stack up to three times.

-Increases defense against Alp and Woy by 1. 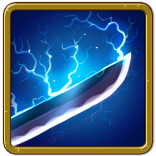 A strong single target attack, dealing 2 damage and is capable of reducing her victims armor.