Bernhard is a 30 year old adventurer from Teutonia and the second son of a farmer family.

Similar to Jasmine, he dreamt about traveling through the world but his actual reasons were less noble, he wants to find riches and lost treasures to escape the boring farmer life.

While he acts like a coward and is less courageous as one would expect, he still proves to be a friend with a bright heart and has many tricks upon his sleeves, as long as he doesn’t get blinded by his greed for wealth. 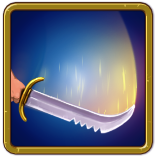 Bernhard makes a swift strike, which deals 1-3 damage. Though he refuses to get close to snakes and other scary creatures. 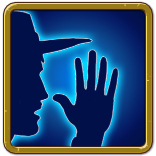 Makes a bad joke about another character (allied or enemy). The target deals +1 physical damage but is forced to use offensive skills for some turns. 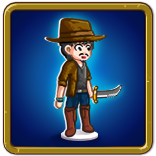 Places a decoy, allowing him to evade physical attacks for one round. While the decoy is up, Bernhard can only use the taunt ability.